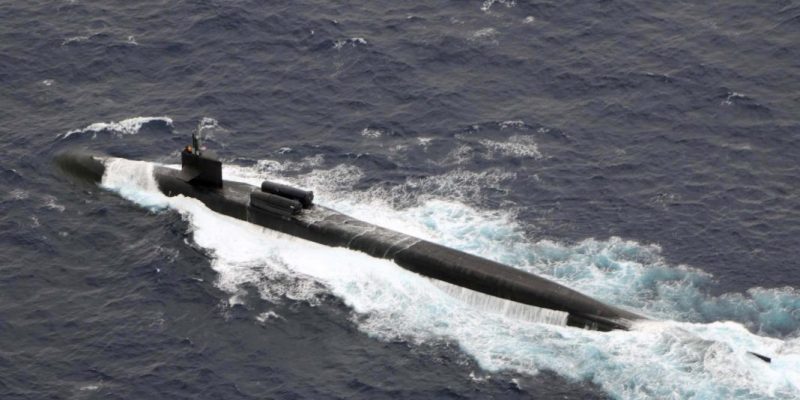 According to a press release of the U.S. Navy 7th fleet, the Ohio-class guided-missile submarine USS Ohio (SSGN 726) made a brief stop near Okinawa, Japan as part of her deployment to the U.S. 7th Fleet area of operations, giving the crew a rare opportunity to integrate with a III Marine Expeditionary Force (MEF) force reconnaissance element in the area.

The exercise tested a joint expeditionary concept in which Marines could safely embark aboard a submarine via a combat rubber raiding craft (CRRC). In line with the Tri-Service Maritime Strategy, the exercise was part of ongoing III MEF-U.S. 7th Fleet efforts to provide flexible, forward-postured and quick response options to regional commanders. This strategy provides guidance to the U.S. Navy, Marine Corps, and Coast Guard on how to employ forces in day-to-day competition, crisis, and conflict allowing the services to deliver naval superiority at sea.

Over the next several months, submarine force leaders will continue to explore joint training opportunities, focusing on integrated exercises that enable agile, responsive and scalable force employment across a spectrum of warfighting areas.

Naval News comment: Armed with tactical missiles and equipped with superior communications capabilities, Ohio is able to conduct large-volume, short-notice strike missions and covertly deploy special operations forces. Exercising with a marine corps element is a rare opportunity for the submarines. In addition to the marines, special force elements could embark on submarines to infiltrate the enemy lines. This type of training is essential in terms of increasing competence against this risky task type.