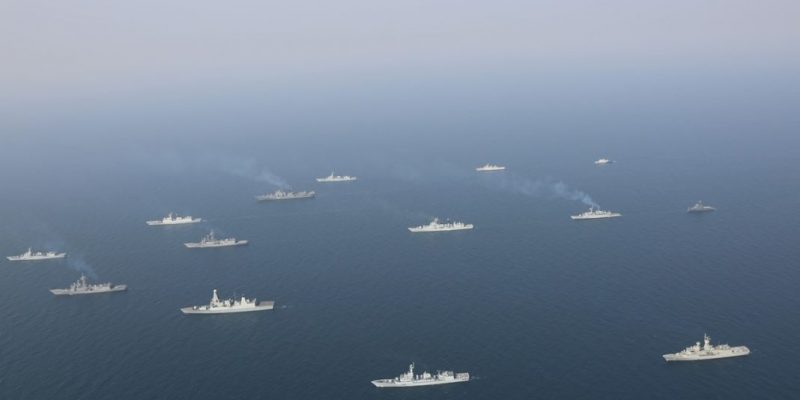 Pakistan is a strategically important country for China. The China-Pakistan Economic Corridor‘s activation will reduce China’s dependence on the Malaka Strait in maritime trade. Therefore, developing cooperation with Pakistan in the military field is an essential priority for China. The close collaboration between the navies of both countries in recent years is remarkable. The Chinese People’s Liberation Army (PLA) Navy will participate in the Multinational Exercise AMAN-2021 hosted by Pakistan in February.

Chief of the Naval Staff of the Pakistan Navy (PN) Admiral M Amjad Khan Niazi (Adm. Niazi) gave an interview to the Global Times. We have compiled the interview highlights to understand the level of close cooperation between both countries’ navies.

According to Amiral Niazi’s assessment, the PN is a strong, agile, and committed navy that defends sea frontiers and protects the country’s maritime interests. He said that the PN had played an essential role in promoting regional naval security and good order at sea. “With the changing geostrategic realities in the region and operationalization of the China-Pakistan Economic Corridor (CPEC), the role and responsibilities of the PN are growing exponentially. The PN is steadily undertaking capability enhancement and capacity development to deal with added responsibilities and evolving challenges optimally.”

China is the right partner for Pakistan and a counterweight to India-US collaboration in the Indian Ocean.  PN and PLA Navy enjoy long-standing, broad-ranging, and strengthening bilateral relations. Close cooperation between the two navies exists across multiple domains, including the acquisition of platforms, equipment, bilateral exercises, technical cooperation, navy-to-navy expert-level staff talks, training collaboration, exchange visits, and port calls. Both navies remain committed to expanding and consolidating this relationship for regional peace and good order at sea.

The PLA Navy’s consistent participation in Multinational Exercise AMAN since 2007 and bilateral exercises has been beneficial o the overall maritime security environment in the Indian Ocean region and an essential element in maintaining the regional balance of power and promoting maritime security of the Pakistan Navy.

As it can be understood from Admiral Niazi’s evaluations, the great power rivalry between the USA and China will further the level of cooperation between the Chinese and Pakistani navies.

The post The increasing rapprochement between China and Pakistan Navies in the Indian Ocean appeared first on Naval News.