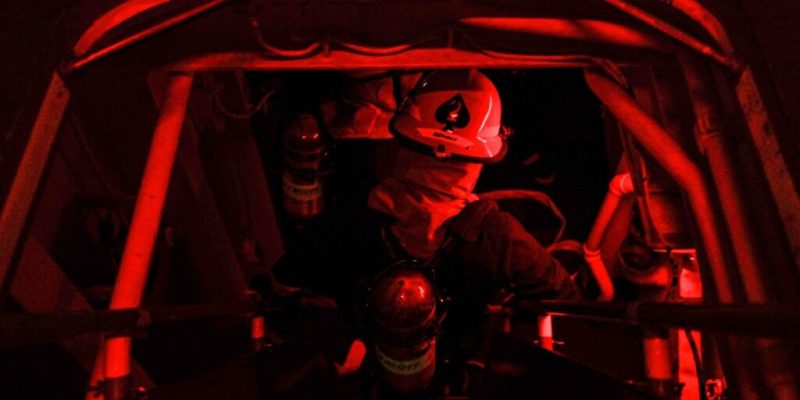 The USS Porter (DDG 78), an Arleigh Burke-class guided-missile destroyer, completed Fleet Operational Sea Training (FOST) on September 30, 2021, according to the US Navy.

FOST was a three-week training and NATO certifying event that included advanced warfighting tactics, firing all weapons systems during gunnery exercises, and seamanship and manoeuvring exercises. Each week, the warfighting environments advanced from single threat to multi-threat scenarios, including a weekly war scenario.

Porter and her crew underwent general quarters drills during the weekly war simulation, which followed a plot of shipboard attacks from opposing troops. The events varied from preserving the area’s status quo to defending Porter against enemy threats and enforcing a trade boycott.

“Clearly, with our NATO Allies, we have to be interoperable with each other, so working together and training with them, we can share both our own lessons from our own operational experience but also gain lessons from our partner nations that we can then also use in our own Royal Navy ships,” said Lt. Cmdr. Hugh Gaskell-Taylor, SWO-E2 to FOST, Royal Navy. “It’s been great with the USS Porter, they’ve been really keen and proactive, and they have approached training well. We’ve learned a lot from them and hopefully, they’ve learned quite a lot from us.”

“Working with the Royal Navy has been exceptional; they’re professionals in all respects. They’ve flexed us, especially on our understanding of NATO procedures and working with other NATO countries, and that has been the most rewarding piece for the crew,” said Cmdr. Joseph Hamilton, executive officer of Porter. “FOST is important because it shows that, as the US Navy, we can’t go it alone. We need our NATO partners as well to protect freedom on the Seas, so practising together makes perfect together.”

Porter was assessed by FOST inspectors and the U.S. Navy’s Afloat Training Group (ATG), Norfolk on multiple certifying events. The mission of ATG is to provide dynamic, quality afloat training to Sailors to ensure a combat-ready force capable of performing a broad spectrum of maritime missions.

“FOST was an incredible opportunity for Porter’s crew to train and learn from the U.K. Royal Navy,” said Cmdr. Thomas Ralston, commanding officer of Porter. “FOST improved our joint operational proficiency with a critical ally and our shared commitment to transatlantic and global maritime security. I couldn’t be more proud of the hard work all Porter’s Sailors put into making this a successful training exercise.”

FOST is headquartered at Her Majesty’s Naval Base Devonport in the United Kingdom and delivers operational training for surface ships, submarines, Royal Fleet Auxiliaries and Strike Groups of the Royal Navy and other NATO affiliated navies.

Porter, forward-deployed to Rota, Spain, is on its tenth patrol in the U.S. Sixth Fleet area of operations in support of U.S national security interests in Europe and Africa.

India and Japan kick off the 5th edition of JIMEX