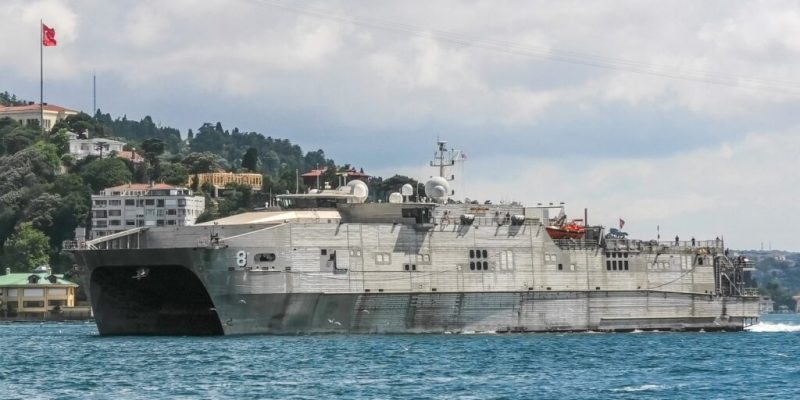 Both exercises are designed to enhance participants’ interoperability and strengthen maritime security within the region.

During Exercise Sea Breeze, Ross, along with ships from the Ukraine, Bulgaria, Georgia, Italy, Romania, Turkey, and the United Kingdom sailed together to work on force integration and maritime maneuvering exercises.

“By participating in Exercises Sea Breeze and Breeze, we were able to demonstrate our shared commitment to security in the Black Sea region alongside our NATO Allies and partners,” said Cmdr. John D. John, commanding officer of Ross. “As we head back through the Mediterranean Sea, we can take pride in the fact that we significantly enhanced peace and security through cooperation, collaboration, and interoperability during our time in the Black Sea.”

On July 8, USNS Yuma entered the Black Sea for routine maritime operations in the region alongside Allies and partners. While in the Black Sea, Yuma conducted a brief stop in Batumi, Georgia, to strengthen bonds between the two countries and increase the network of Ally and partner operational support in the Black Sea.

Check out Naval Library App to find out the specifications of Arleigh Burke-class destroyers and Spearhead-class expeditionary fast transport.

Answers to some common questions about appearing in Google News