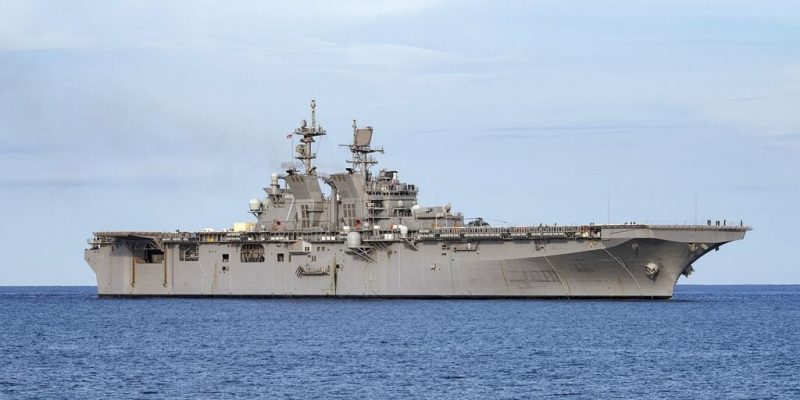 The USS Tripoli (LHA 7), the second America-class amphibious assault ship in the United States Navy’s fleet, completed final contract trials (FCT) on August 26, according to a press release issued by the NAVSEA.

FCT are a component of a ship’s post-delivery test period and mark the final in-depth review of the ship, the crew, and its systems. Trials were conducted by the Navy’s Board of Inspection and Survey over a four day period and consisted of both in-port and at-sea evaluations. The at-sea phase included full power runs, demonstrations of combat systems, simulated damage control situations and other events designed to fully flex the ship’s crew and its systems.

The ship also recently conducted its first Combat System Ship Qualification Trials to demonstrate the ship’s weapons systems’ ability to effectively engage and destroy incoming threats in an operational environment. The ship will continue with its Post Shakedown Availability before eventual fleet tasking.

As one of the Defense Department’s largest acquisition organizations, PEO Ships is responsible for executing the development and procurement of all destroyers, amphibious ships, special mission and support ships, boats and craft.

USS Tripoli is homeported in San Diego. The ship is assigned to Amphibious Squadron 7.

Check out Naval Library App to find out the specifications of the America-class LHAs.