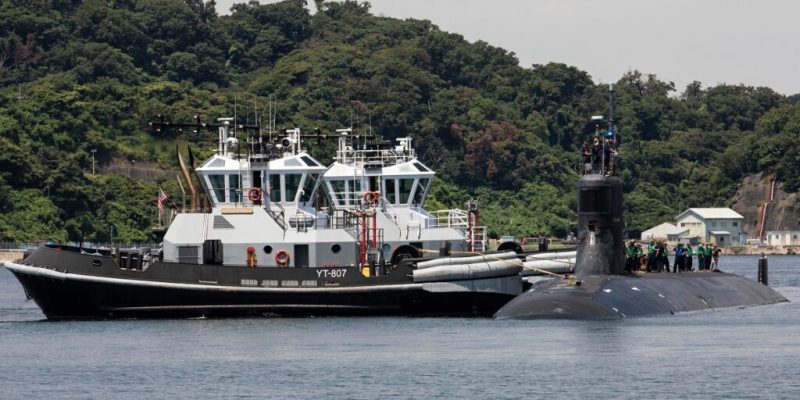 According to the Chinese Ministry of National Defense, the Chinese military has ordered the US to provide a “thorough and satisfying” explanation for the recent nuclear submarine collision in the South China Sea.

On October 2, the USS Connecticut, a US Navy Seawolf-class nuclear-powered submarine, was reported to have collided with a “unknown object” in the South China Sea. Eleven members of the crew were hurt in the event. The damaged submarine is now being assessed and repaired at the US Naval Base in Guam.

According to Senior Colonel Tan Kefei, a ministry spokeswoman, the “US should seriously address the concerns of various parties, be accountable, and provide a thorough and satisfying explanation of the incident to the international community and countries in the region as soon as feasible.”

Tan had stated on October 19 that the Chinese military had voiced “great worry” about the incident and wanted an explanation from the US.

“For years, the United States military has dispatched aircraft carriers, strategic bombers, nuclear submarines, and other advanced military gear to the South China Sea to flex muscle and cause trouble under the guise of navigation and flight,” he stated.

Tan stated that this was the core cause of the incident and that these activities would ultimately have an impact on navigational safety in the region, becoming a subject of concern and anxiety for countries in the region.

According to him, the US should discontinue close-up reconnaissance around China’s islands and neighboring waterways in the South China Sea, as well as military deployments in the region aimed at China. It should also halt so-called “freedom of navigation” missions in the area.

Tan said that the US military purposefully delayed and concealed information about the incident. The incident happened on October 2, but a brief and confusing statement was not issued until five days later.

This irresponsible, evasive behavior displays a lack of transparency, which can easily lead to misunderstanding and miscalculation, according to him. China and other South China Sea countries have no choice but to question the incident’s details and the US’s objectives.

Check out Naval Library App to find out more about the specifications of Seawolf class submarines.

US Navy completes the 2nd test of Hypersonic Rocket Motor