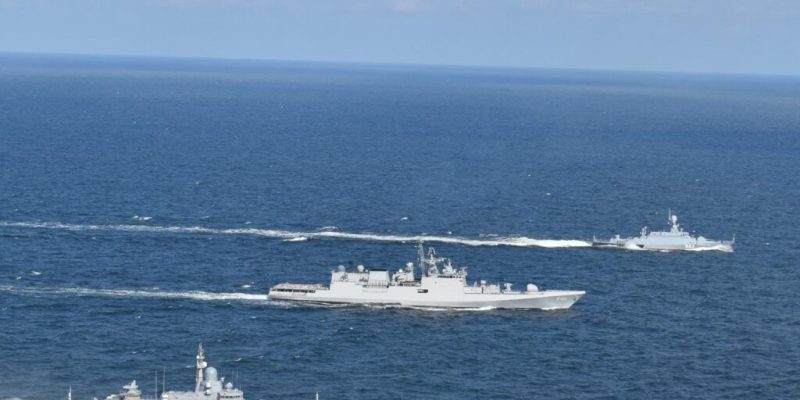 The 12th edition of exercise INDRA NAVY, a biennial bilateral maritime exercise between the Indian Navy and the Russian Navy was held in the Baltic Sea from 28 to 29 July 2021. The Army version of the exercise is scheduled to be held from August 1 to 13 in Volgograd.

The primary aim of this year’s edition is to further consolidate inter-operability built up by the two Navies over the years and also to enhance understanding and procedures for multi-faceted maritime operations. The scope of this edition includes wide-ranging and diverse activities across the spectrum of maritime operations. The maritime exercise took place over two days and included various facets of fleet operations such as anti-air firings, underway replenishment drills, helicopter ops, boarding drills and seamanship evolutions, the Navy added.

INS Tabar is on a long deployment and has been making a series of port visits in Africa and Europe from June 13, which will go on till September-end.

For the Army version of Exercise Indra, 250 soldiers from each side will be taking part, and the aim is counter-terror operations under a United Nations mandate. There is a major focus on the employment of mechanized elements during the exercise, an officer said.

INDRA NAVY is a joint, biennial military exercise conducted by India and Russia starting in 2003. The exercise is tasked with boosting cooperation and interoperability between the Russian and Indian navies. The word INDRA is a portmanteau of the participants’ respective countries. The exercise involves live-firing drills, as well as air defense and anti-submarine operations. Additionally, counterpiracy, terrorism, and drug smuggling operations are carried out.

Check out Naval Library App to learn more about the specifications of the INS Tabar and Russian Assets.