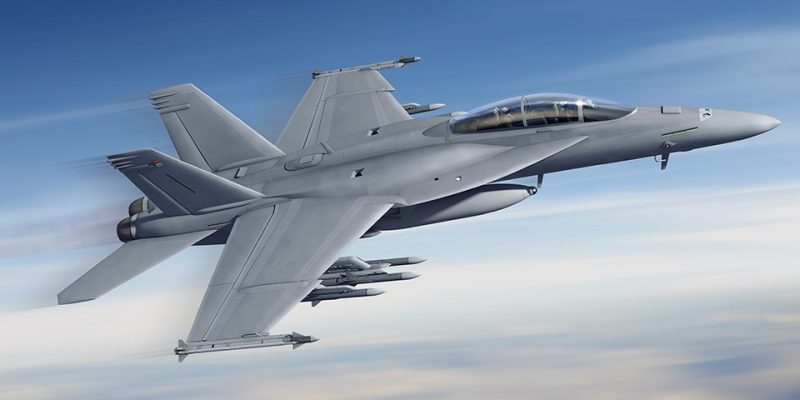 The United States Navy accepted delivery of the first new-production Block III F/A-18 Super Hornet on August 31, according to a statement released on September 29 by the Navy.

The first of 78 new Super Hornets built by The Boeing Company was ferried to Test and Evaluation Squadron (VX) 23 at Naval Air Station Patuxent River, Maryland, for continued developmental testing. The next few Block III jets to leave the production line will head to VX-9, at Naval Air Weapons Station (NAWS) China Lake, California, to start training for operational testing, during which the aircraft will undergo evaluation in scenarios that mimic operational missions.

Since accepting delivery of Block III test jets last summer, VX-23 and VX-31, at NAWS China Lake, have put the latest configuration of the multi-mission strike fighter through its paces.

VX-23 conducted shake, rattle and roll testing, which mimics the aircraft carrier environment to ensure the aircraft and each new system installed can withstand the intense forces of both a catapult-assisted launch and a ship-based arrested landing. The Block III test jet successfully completed this multi-test point challenge in January.

“Scrutinizing these new systems in a test environment ahead of fielding to our warfighter is very important and allows the Navy to make sure the delivered system meets the requirements provided to the manufacturing contractor and that our fleet is receiving an effective, interoperable and sustainable aircraft that will support the mission,” David explained.

The comprehensive testing conducted by the Navy, to date, provides a high level of risk reduction, allowing refinements to be made and integrated into the production jets’ hardware and software updates. Developmental and operational testing will continue through early summer next year. Boeing is contracted to deliver two Block III aircraft, per month, through the end of the calendar year 2024.

Commenting on the significance of the Block III production deliveries now underway, PMA-265 Program Manager Capt. Jason Denney said, “The development and integration of Block III capabilities, to include both hardware and software, has been a complex undertaking. With the simultaneous efforts to integrate these capabilities into our new production aircraft as well as develop the retrofit kits and technical directives for incorporation into Block II aircraft during Service Life Modification, the Naval Aviation Enterprise team, as well as our industry partners, have performed tremendously to bring these capabilities online safely and efficiently.”

Denney added, “We are excited to see new production deliveries rolling off the line in St. Louis, and are eagerly watching as the jets continue through developmental and operational test programs. Our F/A-18 team continues to test, refine and improve the program, ensuring we deliver the most lethal, reliable and sustainable strike fighter to meet the fleet’s needs.”

Check out Naval Library App to find out more about the specifications of the F/A-18 Super Hornet.