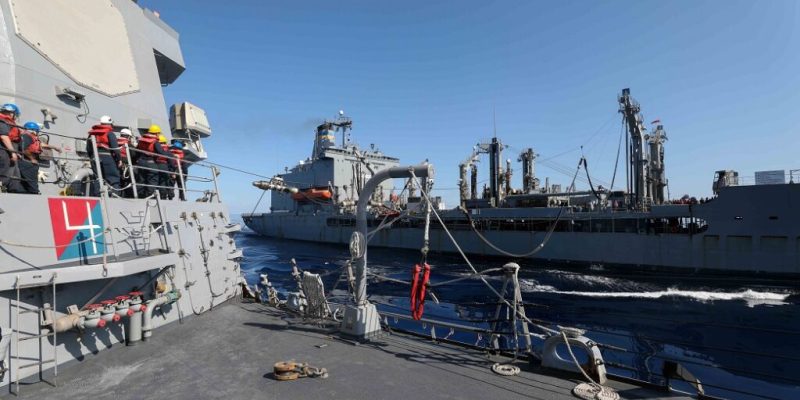 “It was a privilege to operate alongside our Italian allies,” said Cmdr. Christopher Petro, commanding officer of USS Porter. “[In] each multi-national exercise, the crew of Porter has the ability to participate in is a chance to not only maintain security and stability in the region but also hone our skills as mariners and warfighters.”

“We have completed Mare Aperto ’21 and further reinforced the partnership among our NATO allies,” said Cmdr. Joseph Hamilton, executive officer of USS Porter. “Mare Aperto was a fantastic opportunity to strengthen our relationship with the Italian Navy to show we are truly stronger together.”

Porter strengthened this relationship by performing naval maneuvers with Italian allied ships. The close proximity of ships operating in formation requires constant communication and professional ship handling ability. Coordinating with allied and partner navies in this fashion enhances the capabilities of both sides to operate in concert with each other and is a testament to the strength of the cooperation among navies.

USNS Kanawha’s (T-AO 196) participation provides a capable replenishment platform for U.S. and NATO ships underway for the exercise. Kanawha is one of 15 fleet replenishment oilers operated by Military Sealift Command (MSC). These ships provide underway replenishment of fuel to U.S. Navy and NATO ally ships at sea and jet fuel for aircraft assigned to aircraft carriers.

Replenishments-at-sea is complex evolutions that require precision ship handling of highly skilled professional mariners from both of the providing and receiving ships. The ability to replenish U.S. and allied forces allows for increased on-station time to successfully accomplish maritime missions.

Check out Naval Library App to find out more about the specifications of the Arleigh Burke class destroyers.