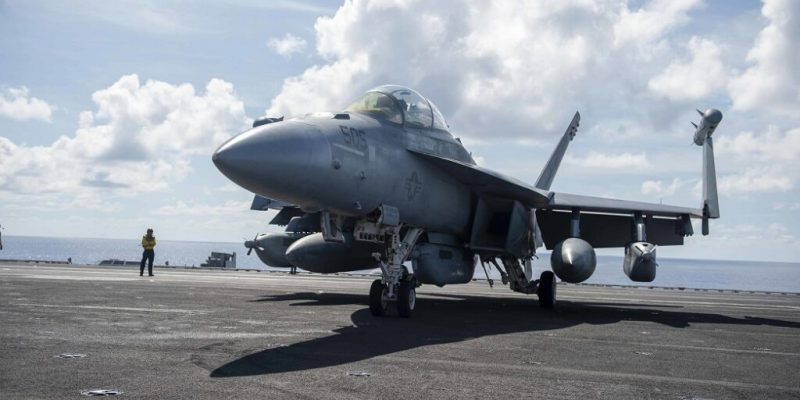 During the joint interoperability flights, the aircraft conducted missions to validate joint integration techniques, tactics, and procedures; including mid-air refuelling. This is the first time that VINCSG and CSG-21 have operated together.

“In a very short amount of time, we were able to seamlessly combine the collective 5th generation capabilities of joint strike fighter aircraft from two services and a partner nation together with the rest of the advanced capabilities of our entire air wing,” said Capt. Tommy Locke, commander, CVW-2. “Our strike group and air wing arrived in the Indo-Pacific ready to demonstrate the value of having agile 5th generation maritime power in the region – and make no doubt, we are ready to win.”

This was the first training opportunity CSG-21 had to engage with the F-35 “C” model, assigned to CVW-2. The two F-35B squadrons have been deployed together aboard HMS Queen Elizabeth for her inaugural, global deployment, demonstrating the interoperability the F-35 provides.

Check out Naval Library App to find out the specifications of the Nimitz-class aircraft carriers.